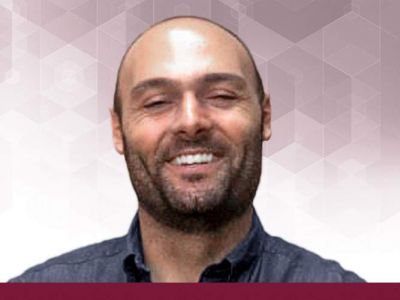 Client: Mike De Pietro was an enterprise account executive for a startup that offers university career centers a software platform to facilitate the job-seeking process for graduates and recruiters.

Challenge: Soon after starting a new job, Mike knew that he had made a mistake. Hoping to avoid another career misstep, he sought professional help in reflecting on and making his next move.

Process: After looking at his life holistically, Mike better understood what motivates him and he determined to prioritize culture over job title and paycheck in his next job.

Landing: Within four months, Mike landed a similar position in another startup that offers the culture, corporate structure and employee support that was lacking at his previous position – and at a better compensation level.

Study: Mike De Pietro was an enterprise account executive in New York City for a California startup that provides an enterprise-level SaaS platform for university career centers to facilitate the job-seeking process for new graduates and the companies that recruit them. He was brand new to the company.

For years, Mike had worked in the human resources and talent space at tech startups, juggling a variety of responsibilities from doing sales demos, generating leads, and working with junior sales team members to build robust sales pipelines. He was recruited from his previous job to do a similar role at this new company, and he decided to make the change, not least, because he was offered a compensation package that was more in line with where he thought his compensation should be at this point in his career.

Within three to four weeks, however, he was planning an exit strategy.

“It was a disaster from the start,” said Mike. “Except for receiving a laptop out of the box, I had no communication from anyone at the company before my start date. No employment forms. I was working remotely, and I couldn’t get in contact with anyone on my first day. I couldn’t get benefits set up. There were red flags all over the place. As a salesperson, I wondered, ‘If I can’t get benefits, would the collateral material be in place when it came time to close corporate deals?’ I knew I needed to get out.”

Mike’s frustration made him think it might be time to get out of the sales and startup worlds altogether and try something completely different. A transition like that, though, would require professional help.

“I was tired of it. That’s what made me sign up for The Barrett Group [TBG],” said Mike. “I definitely wanted a professional resume writer because I didn’t know how to tell my story well. And the more I thought about it, career coaching – and the reflection that comes from that – seemed really attractive.”

“Clarity was great, really helpful! It was good to work through the personality pieces of work – the importance of management style and culture,” said Mike. “And for the first time ever I focused on the holistic perspective of my career. I considered ‘What is important to me?’ and ‘What do I want my life to look like?’ That changed my mindset.”

Although he had initially thought that he was done with sales and wanted a wholesale career change – perhaps to work at a museum or a foundation – Mike realized through his Clarity exercises that many aspects of sales, like autonomy, are actually quite important to him and he may not find them in other careers. Moreover, pursuing jobs that fueled his passions could compromise him financially.

“Clarity was a dash of reality for me. It reframed things for me. I asked myself what in work and work-life balance would make me happy. Would the stress of taking a massive pay cut, especially living in New York City, be worth doing something different? Given where I am in life, I decided it would not.”

In discussions with Justin and, later, Larry DiBoni, his career consultant, Mike concluded that a sales position was the best choice for him as long as his work environment had the right culture, a good leader, and stability. He also learned that he could get exposure to the non-profit institutions that inspired him by joining their boards – even as he continued to make the income he was used to. Lastly, he resolved to find a job that had a physical office to go to.

“I have experienced a lot of mental wear and tear from working remotely in my apartment. It is important to me to have the option to be around colleagues a couple of days per week,” said Mike.

Armed with a new outlook and a solid plan, Mike got to work on his job search, starting with a redo of his resume and LinkedIn profile.

“My Barrett Group resume is far more in-depth than anything I have ever had. I would not have been able to write it, myself,” said Mike. “It was also so helpful to know what to include and what to omit in my LinkedIn profile. The result is that my resume and LinkedIn profile now tell a story, rather than just providing a summary of my experience.”

“The work of building social capital was new to me. My network is not as strong as I’d like it to be, so it was helpful to reconnect with people,” said Mike. “Phoning is the best. Staying in touch beyond hitting the ‘Connect’ button on LinkedIn is important because there are a diverse set of connections in the real world. You never know when someone might be hiring or need your experience.”

Within about two months, Mike started getting interviews. He fielded a few interesting opportunities, but the winning one came through a third-party recruiter who found him on LinkedIn. Ironically, the opportunity was very similar to the one he wanted to leave – an enterprise account executive for a five-year old startup that markets an enterprise platform to Fortune 500 and 1000 companies – in this case, to support the mental health and well-being of corporate employees.

“The actual job role is basically identical – same title and responsibilities. It’s funny, though, because it feels very different. There is an office, the benefits are better and there are equity options, which is huge. But the most important thing is that there is a corporate structure that promotes employee communication and collaboration. This is a culture I could be happy in for years.”

Not only has Mike found a new employer that offers him the kind of employee support he felt has been lacking in his last few positions, but also the new company’s mission, itself, is to help corporations provide its employees with better support.

“It’s so bizarre that I’m going to be able to talk about a platform that provides employees with what I needed. That’s why I’m looking forward to the job so much.”
2022 © The Barrett Group | Privacy Policy (US) | Cookie Policy (US) | Disclaimer