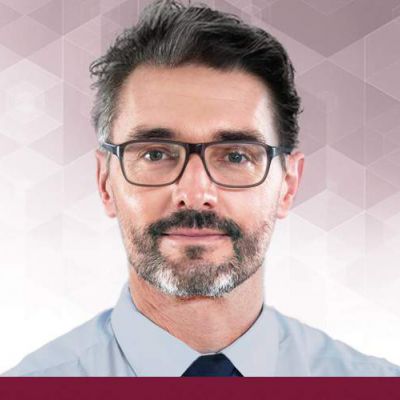 Client: Matteo was senior director of worldwide supply chain for a leading designer and producer of luxury accessories.

Challenge: Soon after starting a new job, Matteo’s new company turned out not to be a good cultural fit, but his efforts to find another job weren’t yielding the results he wanted.

Process: Learning how to “pay it forward” as he built his social capital unlocked untapped potential in Matteo’s network.

Landing: Within four months, Matteo had four competing job offers, giving him the luxury of choosing the company where he felt the greatest kinship with his new team.

Study: For seven years, Matteo worked for a venerable apparel company in New York City, culminating in a role as vice president of global supply chain. When the pandemic compounded existing economic pressures, however, the business struggled to stay afloat. Matteo saw the handwriting on the wall and put feelers out to his network for new job opportunities. He was thrilled when, before long, he was approached by a large, international designer and producer of luxury accessories, which offered him a role as senior director of worldwide supply chain.

It was an exciting change for him, but unfortunately short-lived. Within months, it became clear that Matteo’s new opportunity was not a good cultural fit. He launched another job search, but this time things proved harder than the first search.

“I started with a soft approach in the early summer. I hired someone to redo my resume and I took a couple of courses on LinkedIn,” said Matteo. “I used LinkedIn more heavily over time, but by late fall I had exhausted my network. I didn’t know where else to go to get referrals.”

Matteo had a good network, but his efforts yielded few results. Frustrated, he turned to a friend who suggested he look at The Barrett Group for help.

“I spent a week researching The Barrett Group and decided to give it a try. I realized I needed very structured help and I found it with them,” said Matteo. “I really love that the program combines, holistically, several different elements of job searching, like coaching, clarity, and offer negotiation tactics – I call them weapons.”

Matteo began the Clarity Program in December and was surprised by how much he learned about himself in just four or five sessions.

“My coach, Beata Piskorz, was very nice, very professional, and always available. Beata really challenged me to brainstorm different things about myself. She particularly homed in on character traits that emerged from my psych test that seemed a bit unusual,” said Matteo. “For example, I’m in the fashion industry, which is inherently uncertain, but it turns out that I like structure and compliance. Those traits lean towards industries where much is pre-determined. As we explored this, it revealed more potential career paths that I never would have thought to consider. It was an eye-opening moment.”

Matteo discovered that he now had three avenues he could pursue in the course of his job search: 1) fashion and luxury; 2) innovation, and 3) consulting.

“I was very excited by this information. We decided that I would not leave the fashion and luxury world, but that I would pursue all three avenues in my job search.”

After Clarity, Matteo transitioned to working with his career consultant, Isabelita Castilho.

“Isabelita was a force of nature!” said Matteo. “I cannot say enough good things about her. She was also great about availability – and I was terrible about bombarding her with meeting requests. She is the kind of coach that is tough but in a fair way. She would sometimes tell me to stop and focus. I really appreciated that from her.”

The first things they worked on were Matteo’s resume and LinkedIn profile.

“I had already hired someone to redo my resume back in July, so it was already in good shape. But The Barrett Group team made it even better,” said Matteo. With LinkedIn, I learned that your profile shouldn’t be a cut and paste of your resume. That change alone has been impactful. I also changed my header and picture. All this coaching was very beneficial.”

For Matteo, the most valuable aspect of his TBG experience, however, was learning how to optimize his social capital.

“Learning about the concept of paying it forward from Isabelita was a lightbulb moment for me. I had a decent network and had always kept good relationships, but I realized from her that I wasn’t maximizing them,” said Matteo. “When I started to nurture my network using pro bono consulting in the way Isabelita suggested, that is when my job search really started to take off.”

Matteo came to fully appreciate the power of paying it forward from his experience with two or three particular people in his network.

“One of my contacts knows a lot of people and had provided me with some names a few months back, but nothing came of those contacts,” said Matteo. “After I hired The Barrett Group, I called him again and offered to put him in touch with a former boss of mine, who would be a great professional contact for this guy. During that conversation, he was surprised to learn that I was still looking for a job.”

That’s the moment that unleashed the potential of Matteo’s social capital. His contact provided him four to five more names at high-caliber companies that he could connect with.

“That individual was responsible for two of the job offers I got,” said Matteo.

Matteo found that his paying-it-forward efforts quickly created a dynamic job search. Within two months, he had as many as four job offers, not to mention several other budding opportunities.

“The most difficult part was making sure I was getting good offers from all the companies. Isabelita was always a point of reference for me. I tend to rush things during job offer negotiations, but she told me not to message the hiring managers too much or I might appear overeager and get a lower offer. It paid off!”

In the end, Matteo accepted a position as executive VP of operations and transformation for a luxury fashion company in New York City, where he got a great feeling about everyone he met.

“The human element is important to me, and, here, the whole team seem to be really good people,” said Matteo.

Matteo is thrilled by his new opportunity, and he knows that he has all the tools he will need if he finds himself in the job market again.

“This pay it forward thing is so easy, yet it’s such a powerful tool,” said Matteo. “Once you see the potential it can unleash, it’s fantastic! It’s one of the best things about the TBG program!”