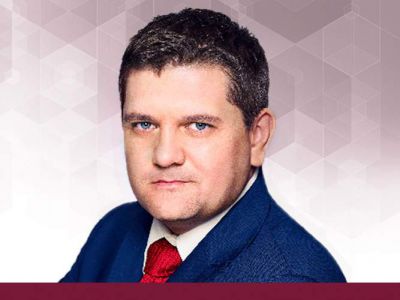 Client: Maciej Kossowski was commercial director for Poland and general manager of franchise operations in the Baltic states for a multinational beverage corporation.

Challenge: When his company of 19 years undertook a global reorganization, Maciej’s career growth flattened out and he decided to move on.

Process: Learning to exploit the potential of LinkedIn and expand his network opened Maciej’s eyes. He also came to see that his nonlinear career path made him the ideal profile for a startup executive.

Study: Maciej Kossowski was commercial director for the Polish affiliate of an American multinational beverage corporation and general manager of franchise operations in the Baltic states. For 19 years he rose through the company’s ranks, working various positions from marketing and sales to revenue growth management, to customer management.

After his company undertook a global reorganization in 2020, however, Maciej foresaw fewer advancement opportunities. Professional growth was very important to him, so he decided to pursue another career path. He sought professional help and contacted The Barrett Group.

“I knew there would be heavy lifting and a lot of uncertainties in my career transition, and I wanted a trusted partner who could lead me and keep me motivated,” said Maciej. “The kinds of services that The Barrett Group (TBG) provides are so useful if you haven’t changed jobs in a long time. I think of job seeking as a muscle – if you haven’t used that muscle in a while, it isn’t as strong as it could be. But you can hire career management professionals who can coach you to do what you need to do faster, better, and more easily.”

Maciej started in the Clarity Program, taking stock of where he was and where he wanted his career to go with his coach, Rebeca Gelencser.

“Rebeca helped me a lot. I did all the assessments. I found the tests – especially DISC – to be very useful for a job transition,” said Maciej. “I liked also that Clarity makes you think about how your career affects other aspects of your life, like your family.”

In the next phase of the program, Maciej worked with Isabelita Castilho, his career consultant, who helped him revise his LinkedIn profile and taught him the benefits of social capital. Building social capital didn’t come naturally, at first. Most of Maciej’s previous efforts to build professional contacts were limited to people at his former company. Developing external contacts, he found, is a completely different exercise.

“I had a LinkedIn profile before I started my job search, but I wasn’t super active. I didn’t nurture my contacts before because I didn’t need to. Then, suddenly, I needed to,” said Maciej. “Isabelita did a really great job coaching me to develop my connections. I’ve met a lot of great people thanks to her, and it’s clear to me now that your network is crucial.”

Maciej was very motivated to tap into the hidden job market. Using techniques he learned from TBG, he lined up interviews with numerous companies in different industries. His experience was sometimes humbling, but he didn’t give up.

“Ideal jobs don’t just drop into your lap. You have to work towards them, and you fail a lot in a job search. Sometimes jobseekers aren’t ready for multiple rejections, but to get a success story, you need to handle rejection. Isabelita was great because she continued to push me. She kept me going.”

In the course of his journey, Maciej recognized the importance of security in his life – financial security, job security, and stability. But he also realized that it was important for him to work with good people and in a business that makes a good impact on the world. Ironically, working at a large, traditional company began to seem less and less appealing.

“I knew I needed a change when I started having discussions with headhunters and thought: Traditional companies are not ticking the box on “making a difference,” and “the significance of ‘why,’” said Maciej.

Shortly after beginning his job search Maciej had gotten a call from an old friend who was co-founder of a startup in Poland that provides remote vision therapy to children. He asked Maciej to join his team.

“It hadn’t occurred to me before that a startup might be right for me. Startups aren’t stable or reliable. There is a huge failure rate. But I came to see that you can have an outsized impact at a startup, you can respond to real needs in an innovative manner, you control the speed of action, and you can reach as far as you want when an opportunity arises.”

Maciej also realized that his nonlinear career path made him the ideal profile for a startup executive.

“Startups need people with varied experiences to manage and grow the business – leaders with a little bit of everything. I have moved diagonally a lot in my career. During my initial job search, people didn’t seem to have a clear idea of what I offered, but my background was perfect for a startup.”

Maciej told his friend that he would think about the offer. Meanwhile, he agreed to do consulting for the company and had a lot of discussions with Isabelita and his family about the sacrifices he (and his family) would face if he accepted a role at a startup.

A few weeks later, Maciej was ready. Not only did he join the team as chief commercial officer, but he also invested some of his own money into the company. He also assumed the role of CEO for a spin-off company.

“It is so much more rewarding being in the driver’s seat – when you move from being an employee to part owner and employer.”

Maciej is now based in Poland but charged with expanding business into the Middle East, India, and the U.S. He continues to lean on Isabelita to help him understand the business culture in the Middle East, where she has a lot of experience.

“If someone had told me six months ago that I’d be in Abu Dhabi meeting with medical doctors, I would have said it’s not possible. But here I am,” said Maciej. “Working for a startup isn’t right for everyone. You carry a lot of weight with you. But it’s a meaningful job, and I feel great that I can both help people and grow the company. It stretches you professionally, but no other job is as rewarding!”
2022 © The Barrett Group | Privacy Policy (US) | Cookie Policy (US) | Disclaimer