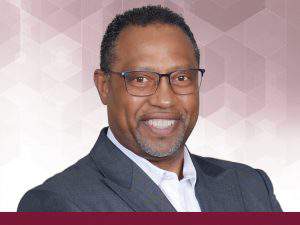 Challenge: Keith wanted to move to Houston and transition to a new industry, but he didn’t know what industry, and he had no local network to facilitate such a move.

Process: After thoughtful introspection, Keith decided on a new career in nonprofit business development, tailored his resume and LinkedIn profile to reflect his new brand, and actively cultivated contacts in this new field.

Landing: Within three months, Keith landed as director of development for a small, charitable nonprofit in the healthcare field.

Study: As executive pastor and administrative consultant for a large, growing, multicultural Baptist church in California, Keith Brown led the administrative and financial teams supporting the congregation, oversaw capital generation planning, and was responsible for the overall strategic financial health of the organization. Keith’s job capped a 20-plus-year-long career in church administration. But he had begun focusing on another priority: Family. Keith’s close-knit family planned to relocate to Houston together. Timing was a variable in the plan and was dictated, at least in part, by the Houston housing market.

“The Houston housing market is crazy. We looked at over 20 homes and bid above asking on two, only to be told that we were not even among the top bidders,” said Keith.

Keith was prepared to stay in California until he and his wife could find a suitable home in Houston and Keith could find new employment. But then an opportunity for a great house at an affordable price arose that they couldn’t refuse. They snapped it up! The home purchase compelled Keith to put his search for a new job in Houston on turbo drive.

Anticipating this moment, Keith had begun months earlier laying the groundwork for a job search in Houston. He hired a resume writer because he hadn’t used a resume for over 20 years.

“I benefited from personal relationships leading to job offers throughout my career,” said Keith. “So, I never even went through an interview process for the most recent position. I was consulting for the church, and they offered me a full-time position.”

Keith faced several challenges this time, though. First, he did not want to advertise his job search out of concern for how it might be perceived by his current employer. Second, he knew that career advancement meant eventually becoming head pastor of a church, for which Keith did not feel a spiritual call. He felt that his best skillset was fundraising, administration, and operations, not pastoring. Therefore, he decided to leave the faith community. But after 20 years working in a church, where should he go?

“I had no idea what I wanted to do, and I didn’t know how to begin. Yes, I had been an executive in a church, but does that translate into being an executive in corporate America?” said Keith.

Keith sought professional help and ended up hiring The Barrett Group (TBG) because TBG’s core methodology – to focus an executive job search on the unpublished market – resonated with him. Keith’s entire career has been a series of unpublished positions born of relationship-building, and he knew this approach had merit.

Keith told the team that he needed to find a job in a hurry, so they accelerated the program, beginning with the Clarity Program©.

“I enjoyed working with my Clarity coach, Julie Holifield. She was easy to work with. She had me take some personal assessments that revealed surprising details about how I come across to people and how I could communicate and lead people better,” said Keith. “That was very helpful. That kind of self-assessment is important when you are looking for a new position.”

In the next part of the program, Keith learned about the different elements of the job market.

“My career consultant, Anne Lipsitz, was a joy to work with. She taught me a lot about the unpublished job market. She also shared the power of LinkedIn with me. Oh, my goodness! I didn’t realize that LinkedIn had become a replacement for networking in person. I had a LinkedIn profile, but never used it, so I was starting at zero. Anne said my goal should be to get to 500 contacts, so I had to be aggressive about connecting with people.”

As Keith built out his LinkedIn profile and his network, he also researched industries for himself.

“As I spoke to people, they observed that I’d done a lot of fundraising at my church and exposed me to new terminology,” said Keith. “I realized, for example, that “development” is just another word for “fundraising” in the nonprofit arena. I could connect with that! So, I started looking for job titles like “director of development.”

With the feedback he got, Keith re-branded himself, changing his resume and LinkedIn profile. He began looking for opportunities in the nonprofit industry. Anne encouraged him to connect with people who are important in the industry, and she showed him how to use LinkedIn to reverse engineer his job search. Keith’s efforts paid off quickly.

“Anne said many people don’t like to reach out to people. That is NOT one of my problems. I made phone calls to ask questions and offer my services to people in hopes they could help me. It only takes one person! At one point, I was introduced to a woman with a lot of experience in the development industry in Houston. She hit me with a lot of questions: Why do you want to move? Why do you want to do this kind of work? It was a sort of interview. Ultimately, she decided to mentor me. She said someone had done it for her years ago and she wanted to pay it forward.”

Keith’s mentor championed him in his job search. She explained the big picture of how to be successful in his new career, how to revise his resume to gain notice from employers, and how to achieve his professional advancement goals. She made a commitment to connect Keith with key organizations and people. Also, she solicited private feedback on one of his unsuccessful job applications and shared it with him.

Before long, Keith landed a position as development director for a small, charitable nonprofit in the healthcare field. Ironically, the landing came about not from a personal referral, but from a LinkedIn job alert. Nevertheless, Keith credits the TBG program and everything he learned from it for the success.

“Weeks before I saw the job posting, I had reached out to the organization because of the reverse engineering I had learned from Anne and asked the CEO to be a networking partner. So, when I saw the job posting, instead of sending an application, I reached out to the CEO directly and asked for a Zoom call. She accepted. That call turned into an interview – the first interview she did for this role.”

Keith got the job offer and leaned on the TBG team to negotiate a counteroffer, which ended up garnering him a better package.

In his new role, Keith will be responsible for raising funds, expanding the organization’s reach, and gaining it greater exposure. He will also take classes on professional fundraising to earn additional accreditations in his field.

“I’ll go out, meet new people, ask them for money, and have fun.” said Keith. “I’ve really enjoyed the TBG process. Because of it, I have landed in an industry with a lot of upside potential that I would never have considered before and met a lot of important people in the industry – not least my mentor who has the potential to open many doors to me in the future. Trusting Anne and the process made my efforts work.”