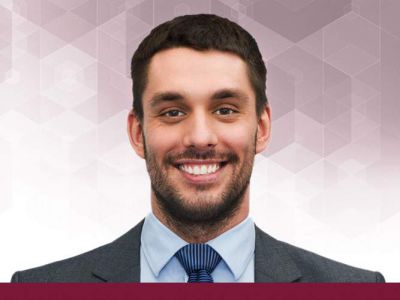 Client: Kayvon Bahramzadeh was a manager in global strategy and financial planning and analysis for a growing, private, European market research firm.

Challenge: Kayvon felt undercompensated, unsupported, and culturally disconnected from his company and he wanted a new career in a new city, but he had no idea how to make that happen.

Process: Kayvon carefully assessed what he wanted and was qualified to do, then he worked methodically to communicate his value proposition to his network and third-party recruiters, aggressively pursuing the most attractive opportunities.

Landing: After learning that an entrepreneur he esteems was involved in launching a management consulting business near him, Kayvon connected with the company, promoted his candidacy, and landed a role as finance advisor in their strategic business unit.

Study: Kayvon Bahramzadeh wore many hats at the private, European market research firm where he worked. Initially hired to help build out the global sales and corporate development strategy for the growing company, Kayvon was left rudderless when his boss, the only other person in the strategy group, left the company. Then, Kayvon was tasked with financial planning and analysis work at a previously acquired subsidiary that operated in North America. The job of a co-worker in Germany taking parental leave was later layered on top of his responsibilities, too. Stretched thin, Kayvon began feeling that the time had come for him to move on.

“I was doing three completely different jobs in different time zones. I got little support and no additional compensation. I felt like I was floating around the organization,” said Kayvon. “I got great experience, for which I’m grateful, but it wasn’t a good cultural fit. I felt like an external consultant, not an integrated part of the team and the operations.”

Kayvon knew there was something better out there for himself, but he didn’t know what and he didn’t know where. Working remotely, with a baby at home and a second on the way, he and his wife moved to Phoenix, Arizona to be near family, and Kayvon began job searching.

“I knew I needed help early. I started by looking at job posts on LinkedIn and Indeed, but I had no idea what I was doing. It was like starting a huge jigsaw puzzle without knowing what the picture looked like,” said Kayvon.

A former professional baseball player, Kayvon had discipline, self-confidence, and work ethic in abundance. He also had an MBA. But his baseball career had delayed his entry into the work force, and he knew that limited work experience and little job search experience would challenge his job search. So, he enlisted the help of The Barrett Group (TBG).

“I was behind, playing catch-up, so it was really important to me to learn how to market my strengths and skills in a corporate setting. I also wanted to find an employer that valued the mindset of an athlete.”

For four weeks Kayvon worked with Stacy Ballinger Moles in the Clarity Program to understand the job search process.

“I loved the Clarity Program. It helped me understand who Kayvon is – as a person, a critical thinker, and an employee. I realized that I should be making a life choice, not just finding a new job,” said Kayvon.

“Stacy was a great mentor. She helped me develop a strategic job search. She had me make a checklist of all the criteria I wanted in my ideal job and measure each opportunity against it,” said Kayvon. “I had an ‘A-ha!’ moment when I discovered skills that that would be of great value to an employer and my self-fulfillment. I took notes on everything I learned from Stacy and referred to them throughout my entire job search.”

With Stacy’s help, Kayvon ruled out sales jobs, instead targeting financial, strategy, and business development roles. His experience in these areas, they thought, might enable him to leverage a vertical, versus a lateral, transition. Kayvon also limited his search to smaller, newer companies with a results-focused culture where hard work and accountability are rewarded and whose leaders are athletes, entrepreneurs, or former military and, therefore, of a similar mindset to Kayvon.

Kayvon particularly credits Stacy with bringing him down to earth.

“We had disagreements at first. I wanted my next job to get me closer to where I saw my peers, but Stacy explained why it wasn’t possible right now – that I needed more experience. There was a lot of optimism on my end and a lot of realism on her end.”

After Clarity, Kayvon felt so grateful to have two career consultants, Barbara Limmer and Waffles Natusch, to set his wheels in motion.

“Barbara and Waffles were both so valuable in different ways. They were like a mother/father combo – the perfect balance!” said Kayvon. Barbara was nurturing – such a sweetheart. She helped me understand everything about the industries in Phoenix and formulate strategic plans of action as needed. Waffles was harder on me, which I really needed. He reviewed job descriptions with me, taught me what I should be looking for, and told me what I had no shot at. For example, if someone wanted 10 years of experience, Waffles insisted, ‘Don’t even look at it!’”

New to Phoenix, Kayvon had limited connections, but Barbara taught him now to build a network. Kayvon learned that, because he was still early in his career, his tack should be different from most TBG clients. Instead of relying on the unpublished market, he should get his name in front of as many people as possible. That meant, in addition to connecting with his personal network, he should reach out to recruiters directly.

“It was hard to reach out to people at first. However, I know I would be an asset to any employer, so my coaches asked me: ‘If you received a message from you, would you be excited?’ I said, ‘Yeah, because I bring value.’ Lightbulb! That changed my whole perspective – after that, I felt I was doing someone a favor by introducing myself to them.”

Kayvon and Barbara came up with a message that touted his story and Kayvon sent it to five third-party recruiters every day, working his way through the list Barbara supplied him. Typically, three didn’t respond at all, one would agree to keep his resume on file, and one would engage in a conversation and set up interviews for him. In this way, Kayvon saw his job search generate steam.

As interviews started rolling in, Kayvon focused on finding companies that aligned with him. It wasn’t easy, but one day his wildest dream came true.

Kayvon learned that a successful social influencer in sales and entrepreneurship, whom Kayvon has long admired, would be partnering with a business scaling expert and opening a management consulting business in Arizona. Elated, Kayvon connected with people at the company and scored an interview for a finance manager position. Although that application was unsuccessful, a position in the strategic business unit, which was perfectly aligned with Kayvon’s experience, opened some months later. He applied and, to his delight, was invited to re-interview and, this time, give a presentation to company executives about his cultural alignment with the company.

“I was so aligned with their core values that is was one of the easiest things I’ve ever done! I got an offer that night.”

Kayvon is thrilled that his job search played out the way it did because he ended up with his dream job.

“This company is a great fit for me. I think it’s going to be like an athletic arena in a corporate setting, which is exactly what I was looking for,” said Kayvon. “When I started job searching, I felt like an ant in an overwhelming world. I had no idea where I was or where to go. Getting me aligned with what I want, helping me understand what I’m qualified to do, and teaching me how to get my foot in the door and be taken seriously – that, in a nutshell, is what The Barrett Group provided to me.”