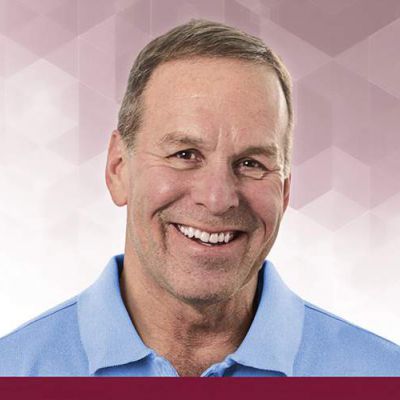 Client: Jothy Rosenberg was founder and CEO of a Massachusetts-based, cybersecurity startup that protects processors from the exploitation of software vulnerabilities.

Challenge: After passing the torch to a new CEO, Jothy wanted to explore career options outside of working at a big company or creating another startup.

Process: Cleaning up his LinkedIn connections and strategically rekindling relationships with people in his network proved very effective in producing new opportunities for Jothy.

Landing: In addition to landing an exciting and lucrative 12-month contract position, Jothy was also offered a new book contract.

Study: Jothy Rosenberg was founder and CEO of a Massachusetts-based, cybersecurity startup that provides a platform designed to protect processors from the exploitation of software vulnerabilities. It was the ninth tech startup that Jothy, a self-professed “serial entrepreneur,” had either founded or run in his career. The company ran into hard times, however, especially during the pandemic. The company almost failed five times, but Jothy kept pulling rabbits out of his hat to keep it going. Eventually, Jothy realized that the best way to save it was to lay off the entire company and target a new customer base – Department of Defense customers instead of commercial customers. He passed the torch to a new CEO with the skillset to serve that base, then turned his attention to seeking new professional opportunities for himself.

Exhausted from the travails of his previous company, Jothy was not interested in creating another startup of his own. Nor did he want to work at a big company. Knowing there must be other avenues he hadn’t considered, he decided to hire professional help to explore his options.

“I know recruiters work for a company and, if you match their criteria, you might be in luck. If you don’t, well, maybe someday they’ll call you,” said Jothy. “I assumed that there must be another type of job search entity – one that would work for the jobseeker. Searching for that is how I found The Barrett Group.”

Starting in The Barrett Group’s (TBG) Clarity© Program, Jothy was prompted to consider aspects of his career that he hadn’t spent much time reflecting on.

“My Clarity coach, Laura Leaton, was awesome. She got me to think broadly about what I wanted to do. But she also gave me a reality check,” said Jothy. “Entrepreneurs are ridiculous optimists, and they don’t necessarily plan well for retirement because they expect a windfall payday someday that doesn’t necessarily happen. As I don’t want to work too much longer before I retire, I realized that I should focus on finding a well-paying job.”

In the next phase of the TBG program Jothy saw even greater value than in Clarity.

“My career consultant, Barbara Limmer, was great to work with. She was enthusiastic and had lots of energy. Our working sessions were very informative,” said Jothy. “In one session, for example, she taught me the right way to create a LinkedIn profile. Like probably 99% of people, my profile was a copy and paste of my resume. Barbara convinced me that it shouldn’t be a resume repository – it’s a business network and they shouldn’t look the same!”

Through Barbara, Jothy learned best practices for interviewing, how to use LinkedIn Analytics, and the importance of building social capital. As he moved through the program, Jothy was impressed with the variety and efficiency of the services that he received.

“My resume was rewritten, documents appeared in my digital folders…Barbara was this face in front of a back office of people scurrying around making things happen and producing really valuable content,” said Jothy. “The content is so great that I will use it forever.”

For Jothy, the most useful aspect of The Barrett Program turned out to be nurturing his social capital because doing so unlocked the unpublished market in surprising ways.

“I had a lot of 1st degree connections – more than 1,800,” said Jothy. “So, the first thing I did was to go through them all and delete obsolete connections. Next, I invited people from my Rolodex to connect if we weren’t already connected. When that was done, I created three lists: A) People I definitely wanted to reach out to, B) People I would reach out to if I had the time, and C) People that I probably wouldn’t have time to get to.”

Jothy created a spreadsheet of all these contacts and started emailing people to schedule 30-minute Zoom calls with them. Adamant to reach as many people as possible, and as quickly as possible, he scheduled two meetings per day for about two months.

“It was fun!” said Jothy. “I am usually great at keeping up with people and I told them I was reaching out to check in because I’d been too busy during the past seven years running my startup to do so. I asked how their careers were going and they always asked the same of me, so I got a chance to tell them about my situation.”

Most of Jothy’s contacts politely said only that they’d keep their eyes open for suitable opportunities, but a few of them jumped into action.

“One of my calls resulted in a book contract! I had published a book in 2011 and called the publisher to catch up. He asked me what I’d been up to and I told him I’d been doing startups. I proposed writing a book about the experience. He asked me to send him details and, two hours later, he emails me a book contract!” said Jothy. “The book will be called Anecdotes of an Incorrigible Entrepreneur. Barbara helped me negotiate the terms of the contract.”

Jothy was pleased, too, that his calls produced three more solid leads, one of which turned into the role he has now.

“One of my contacts works at a large government contractor. Three weeks after we spoke, he called to tell me that he spotted an opportunity that sounded right up my alley. He offered to make an introduction,” said Jothy.

The role was to use his skills and experience as an entrepreneur to help the government contractor take an innovative technology, developed with government funding, and create an independent startup that could commercialize the technology.

“The assumption is that it will take a year to get all the technology working and create the spinout. The startup will have some funding, but it will have to hire a team, find investors, and find its own way. I will do all that.”

Jothy was thrilled by the opportunity and delighted to learn that he had been the top candidate of their five finalists. Although it was not the full-time job Jothy was looking for – it is a 2-day-per-week, 12-month contract position – the compensation offer was incredibly generous. Moreover, the role has the potential to become a full-time role if the launch of the startup goes well.

“I’m not worried. Towards the end of my contract, if another opportunity hasn’t fallen out of the sky, I will call TBG again. That is so obvious to me,” said Jothy. “I was very stressed in the beginning of my job search because I tried to use my personal network on my own and I wasn’t getting anywhere. Working with TBG, I learned how to use my network more wisely to make something good happen.”
2022 © The Barrett Group | Privacy Policy (US) | Cookie Policy (US) | Disclaimer