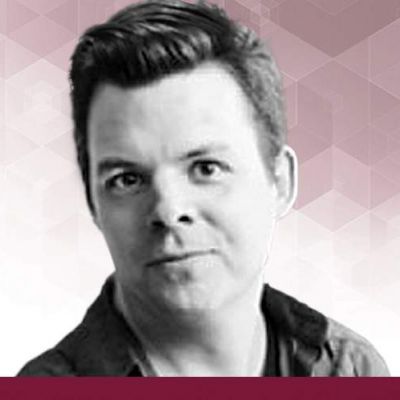 Client: Joel Engle was pastor of a midsize, nondenominational church.

Challenge: After a long career in pastoring, Joel decided to shift industries completely, but he needed help to do it.

Process: Joel reflected deeply on his goals, then he learned how to leverage his social capital to explore the unpublished market for opportunities to realize those goals.

Landing: Rekindling an old friendship led to Joel’s being offered a position as chief growth officer for an advertising and marketing agency, a role that Joel calls his dream job.

Study: For nearly 15 years Joel Engle enjoyed a career as a church pastor. In the churches in which he served, his efforts to develop and implement marketing strategies, improve organizational branding and communication, and make administrative and financial changes succeeded in raising income and growing congregational engagement and membership.

Joel was pastor for a midsize, nondenominational church, where he expected to finish his career, however, after guiding the church through the challenges of the Covid-19 pandemic, Joel began to rethink his career path. He decided to step down to give himself some space to reflect on his next move.

When some weeks later friends offered him an executive position at a church staffing firm, he was delighted to join them. He came to view that opportunity as a great gift, because the work revived in him professional interests that had fallen dormant during the years that he’d spent pastoring.

Prior to becoming a pastor, Joel had had an equally long career as an entrepreneur, especially in the Christian music business. He now began to ponder whether he might be able to take the rich skillset he had developed over the past several decades between these two careers and parlay it into a role outside the church world, and at a comparable income. It was a nerve-wracking crossroads to be at, though, and Joel wanted professional guidance.

“What I was considering was a massive career change. I felt like I was leaving my tribe. It was a moment of existential crisis for me, and I had to get my bearings straight,” said Joel.

“David Black, my Clarity coach, was fantastic! He and I connected on so many levels. I have tremendous respect for him,” said Joel. “Our sessions seemed simple at first, but they built upon each other. Towards the end, he asked me to write about my dream job. I typed out where I wanted to live, what my office was like, and how my family fit into the picture. I’ve been through coaching and personality assessments before, but not like this. David’s insights and the simple tasks he assigned me gave me a clearer vision of myself and my goals. I felt so hopeful!”

Joel was equally happy with his career consultant and his experience in the next chapter of the program.

“Lori Chevalier was also fantastic. She was super skilled at everything. As she took me through the program, she interrogated me about my career experience to uncover details about my skillset,” said Joel.

Those details were essential to Joel’s branding campaign.

“I thought I already had a good resume, but man! When the TBG team got hold of my resume and LinkedIn profile, they overhauled them in a way that made such good business sense,” said Joel. “They used language that is not my vernacular. And the way they told my story, by incorporating skills, results, and numerical values from my background to quantify my experience, really showed off how much I had accomplished – and I had been careful not to pump things up!”

Joel learned LinkedIn Analytics and other technical skills, too. Joel very much appreciated the comprehensive education he got from Lori. Before long he was pleasantly surprised to see people connecting with him on LinkedIn. But the most critical component of the TBG program for Joel was learning how to leverage his social capital.

“I became convinced of the power of the unpublished market. I applied to so many published jobs and got nothing. Even when I worked with 3rd party recruiters, the results were nothing compared to when I began tapping into my network.”

“Even though I’m an extrovert, I was out of my comfort zone making calls. No one wants to be that guy asking his friends for a job,” said Joel. “But that isn’t The Barrett Group method. Their concept is about paying it forward. About caring for other people, asking about them, and then offering your insight and wisdom. That’s exactly what I did, and it paid a lot of dividends!”

After about a dozen calls Joel reconnected with a friend he hadn’t been in touch with in about 25 years.

“I did a pay-it-forward call to an old friend who is CEO of an advertising agency worth millions of dollars. He caters to the Christian business world,” said Joel. “As we caught up, he told me about a vision he had to grow a new vertical within his company that, as it turns out, requires someone with my exact skillset. I intuitively shared some ideas and my value proposition with him and then he asked, ‘Would you want to work with me?’ I wasn’t even thinking about a job!”

The two discussed and hammered out the parameters of a new role and, within two weeks, Joel was hired as the company’s chief growth officer. With the help of Lori and the TBG team, Joel negotiated a compensation package that was slightly more than what he had wanted.

“I worked the process and things went exactly to plan! It started with a phone call and resulted in my dream job. It really works!” said Joel. “Of course, the other side of my success comes from the training I received from Lori and David. It empowered me. Honestly, working with them was like taking a masters course in how to find a job. It was a lot of work, and it wasn’t without moments of doubt. But they gave me the skills and the encouragement I needed to get a C-suite position on my own. I could never thank them enough for that.”

Joel is elated to have successfully transferred his skillset to a new field – especially to a Christian-led company that shares his values. And he loves his new job.

“My friend and are I are a good match. And I didn’t even leave my tribe. Looking back, I can say without question that The Barrett Group program was worth the investment times 10! It could not have been more perfect. I can’t recommend the program enough.”
2022 © The Barrett Group | Privacy Policy (US) | Cookie Policy (US) | Disclaimer