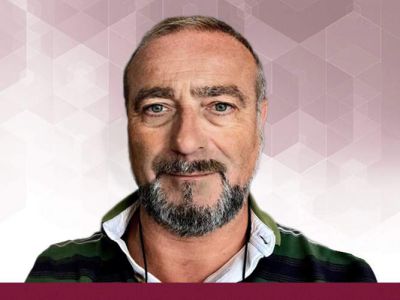 Challenge: When Covid hit, Hugo’s employer shut down his department and terminated many senior executives, leaving Hugo unemployed after more than a decade with the company.

Process: Learning how to handle third-party recruiters and building up his social capital helped Hugo overcome the stigma he faced from being a 60-something year old job seeker.

Landing: Hugo ultimately received three job offers and opted for a position as regional sales manager for a private manufacturer of industrial connectors and power distributors that seemed made for him.

Study: For 11 years Hugo Vereeken was global OEM segment manager for a large multinational provider of power and industrial automation technologies based in Zurich. He managed a portfolio of 22 global accounts and business development efforts for international OEMs in three segments: cooling and ventilation, food and beverage, and diverse machinery, and he oversaw 15 global key account managers and a multimillion-dollar sales budget. When Covid swept the globe in early 2020, however, the company, anticipating decreasing market demand, shut down the entire business unit and laid off many of the senior executives, including Hugo.

Hugo was very motivated to find a new job and immediately started looking for a position with responsibilities and compensation commensurate with the decades of experience he brought to the table. He had every reason to feel confident about his prospects.

“I thought, ‘I have 38 years of professional experience as an engineer, program manager, business development manager, general manager and global sales leader. I have 24 years of direct exposure to customers. I have a master’s degree in electrical engineering, an MBA, a killer CV, international experience, and I speak five languages. Let the jobs come!’” said Hugo.

But the jobs didn’t come.

For nearly a year he scoured online job boards, sending hundreds of applications. Despite casting the net widely across most of Europe, responses were scarce, and interviews were even more scarce.

“In the rare interview I got, which was usually with a third-party recruiter, I didn’t get past the first stage,” said Hugo.

The easy reason to finger for his struggle was Covid. Everyone was reluctant to hire. But Hugo, age 62, saw something more pernicious at work: The silent rejection of people of a certain age.

“Age discrimination is against the law, but they never say you’re too old. They say, ‘Are you digital enough? Will you fit in with our dynamic team? Are you aware of the latest technological developments?’ These are all hidden reasons for rejections on the basis of age,” said Hugo. “I heard 25 different ways to say, “Hugo, you’re too old! Go and retire!’ That’s when I decided there has to be another way.”

Soon after, Hugo stumbled across The Barrett Group during a LinkedIn search and enlisted their help in his career change.

Hugo moved through the Clarity program quickly. The results of his self-assessments confirmed that he was on the right path in his pursuit of a customer-oriented job that required strength in math, creativity, and technical sales.

In the next chapter of his program, with the help of several career consultants, Hugo overhauled his CV and LinkedIn profile to garner more attention among hiring managers.

“My original CV was everything it should NOT be: chronological, long, and boring. With Greg Emslie and The Barrett Group writing team, we made a wonderful new version,” said Hugo. “My LinkedIn profile was also boring and incomplete, but with the help of Greg and Dan Resendes, my new profile attracted a lot more people, sometimes over 20-30 people per week. I started getting calls from people that were not even looking to hire, even some CEOs. That gave me hope!”

Even more valuable to Hugo were the techniques he learned for managing his career change and the perspective he got from his career consultants about navigating the modern job market.

“Greg taught me a lot of things. He told me about social capital – how to increase it and leverage it – and news ways to approach people. All these techniques were very handy,” said Hugo. “And the conversations I had with Greg and Anne Lipsitz helped me see through the attitudes and behaviors of third-party recruiters. I learned that third-party recruiters aren’t there to give me a job. Their money comes from the company that wants to fill a position, and recruiters couldn’t care less whether it’s you or someone else that gets hired.”

“I will no longer let a third-party recruiter tell me what to do and what not to do. It’s my job search. The direction I got from my Barrett Group consultants gave me strength to face the daily job search and never lose confidence in myself.”

As Hugo worked through TBG’s processes he increasingly succeeded in getting past third-party recruiters to land second interviews within the hiring organization.

“That’s where you want to be because then you’re talking to an HR person or the manager responsible for hiring,” said Hugo.

Although many of these interviews were unsuccessful, Hugo saw progress in his job search campaign. By mid-summer, three of his leads had turned into solid job offers with companies based in France, Quebec, and Germany, and Hugo found himself in the enviable position of being able to choose from three options.

In the end, Hugo accepted the position of regional sales manager and business development for the German company, a private manufacturer of industrial connectors and power distributors. It was a job requiring someone with many of Hugo’s strengths and talents.

“The opportunity came about from a job ad I’d responded to several weeks earlier. I had almost forgotten about them by the time the CEO contacted me,” said Hugo. “They wanted someone with a tech background, with lots of sales experience, and who speaks German, to manage their French subsidiary and oversee sales in France, Belgium, and the Netherlands. It seemed like it was made for me!”

The company offered Hugo an attractive salary, healthcare and pension plan, and a brand-new company car.

“It’s exciting! I have had strategic marketing and sales meetings with the company heads in Germany and will be doing product training over the next few weeks.”

Hugo credits The Barrett Group with infusing his job search with crucial practical as well as emotional support.

“Before I began working with The Barrett Group, I had been out of a job for ten months with nothing to show for it except frustrating experiences and a feeling that I was too old. I learned a lot from Greg and Anne. Thanks to them, I felt better able to handle recruiters, and I developed the confidence that, even at my age, I can expect great opportunities.”
2022 © The Barrett Group | Privacy Policy (US) | Cookie Policy (US) | Disclaimer