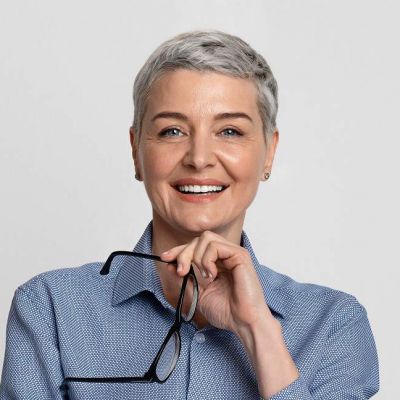 Client: Heather worked 15 years overseeing multi-billion-dollar projects as a construction scheduler for a major developer of resorts in Las Vegas.

Challenge: Heather wanted a change of both corporate environment and geography, but her job search efforts failed to gain traction.

Process: Plumbing her LinkedIn profile revealed valuable connections to an ideal job at a major construction firm in the unpublished market.

Landing: Before she even completed the TBG program, Heather was offered, at a whirlwind pace, a position as scheduling executive in Seattle.

Study: As the director of corporate scheduling at a world-class developer of resorts in Las Vegas, Heather successfully managed upwards of 50 construction projects at a time, spanning multiple locations, each worth millions or even billions of dollars. She loved being a scheduler, but after 15 years with the same company she started to feel that her values were no longer aligned with the values of the company. She craved a change.

Heather started her job search by using Indeed, LinkedIn, Glassdoor, and many other job search tools. But her search went nowhere. She just knew there had to be a firm out there that could help skilled, experienced executives transition to new positions, and she scoured the internet looking for it. Finally, she found The Barrett Group (TBG).

“It was obvious that I would not be able to find a new position doing what I wanted to do without help. I had never heard of The Barrett Group before, and I was so happy that I found it,” said Heather. “The Barrett Group process is incredible.”

Heather derived a lot of benefit from the Clarity program at the outset, not least of which was a realization that she wanted to move someplace with trees.

“The personality testing was wonderful. It was amazing to see how I’m perceived by others, and it has helped me be more cognizant of my strengths and weaknesses,” said Heather. “It was clear to me that the TBG team was using the information they gleaned from the test to tailor the program to me.”

A steps-driven person, Heather valued the very logical methodology of the TBG program. She appreciated that it was flexible enough to enable her to work through it at a pace that suited her. She learned a lot about how to manage LinkedIn, and spent much of her time working with it. And she was delighted by her resume makeover.

“The TBG team did an incredible job with my resume. My new resume makes me look like a million bucks!” said Heather.

Before Heather had even finished Phase 1 of the program, an opportunity popped up on LinkedIn that she thought would be ideal for her. To her delight, Heather found that 10 of her close connections had direct connections to the company in question. She started making phone calls and, though the Covid pandemic was in full swing, found herself, within a day, interviewing for the position. Within two weeks the hiring manager asked her how soon she could start.

Heather credits The Barrett Group for channeling the special kismet that produced such a rapid, successful career transition.

“It was thanks to the coaching I got that made this job opportunity come to fruition,” said Heather. “Before I hired The Barrett Group I would have seen the job ad, applied, not gotten it, and moved on instead of first reaching out to my network, asking them to talk to their connections, and have them put me in touch with the right people. That’s what The Barrett Group did for me.”
2022 © The Barrett Group | Privacy Policy (US) | Cookie Policy (US) | Disclaimer