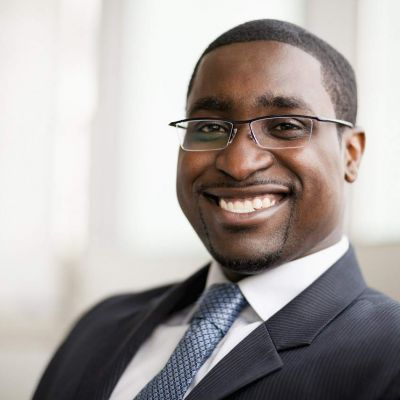 Client: Erik was a regional sales manager of an international plywood production company.

Challenge: Furloughed during the Covid-19 downturn, Erik couldn’t wait for an economic bounce and needed help making himself more marketable in a tough job market.

Process: Working through each step of TBG’s methodology, Erik boosted his market appeal and job search preparedness, while aggressively cultivating his network.

Landing: In two months, Erik scored numerous interviews and three offers, ultimately landing a position in a field that is both growing and insulated against the pandemic.

Study: Erik was the western regional sales manager for the world’s leading producer of birch plywood when the pandemic hit. Sales dropped 65% globally and the company was forced to cut costs.

“I was a Covid-19 casualty,” said Erik. “The company cut my salary, making my position commission-only with a base, and said they would re-evaluate the situation in 90 days. I just couldn’t afford to wait that long without any guarantees.”

Under normal circumstances, Erik would have conducted a job hunt on his own. But this time was different. After sending out some resumes and getting no responses at all, he knew he needed a new approach.

“Sending out resumes and waiting for responses wasn’t going to work this time. Not in this market,” said Erik. “I needed to do something different to make myself marketable in an unmarketable market.”

When The Barrett Group popped up in a Google search, Erik was intrigued. He felt that hiring a career management consultant was an investment in himself.

“No one wants to spend money when they’re unemployed, but I took a long-term approach. My way of job seeking wasn’t working, and I had nothing to lose,” said Erik. “I would have been upset with myself if I hadn’t taken this step and 90 days later had no more opportunities than I did at the outset.”

Erik was nervous, but felt reassured knowing that if in six months he didn’t yet have a job, TBG would reevaluate its strategy for him.

“They don’t give up on you. They take you all the way to the end,” said Erik. “Knowing that made me feel more comfortable.”

After a week of assessing his career goals, Erik launched into his job search as if it was a full-time job. He developed a detailed road map for his job search, learned how to utilize LinkedIn in ways he never imagined doing, and learned the value of leveraging second and third connections, reaching out to people he knew and didn’t know. He was exhausted at the end of each week, but he developed a profound respect for the process.

“Initially, I expected them to do all the work for me. They didn’t. Instead of handing me a fish, they taught me how to fish,” said Erik. “Thanks to the career skills I learned, I feel much more knowledgeable and confident about any future job changes I might face.”

Thanks to the new tools he was given and his own tenacity, Erik had three offers within two short months. Ultimately, he accepted a position as a regional sales manager for a company that makes Personal Protective Equipment, which has seen 25% growth since last year. Moreover, he successfully convinced the hiring manager the value in paying him $20K more than they had budgeted. Erik couldn’t be happier with his experience with The Barrett Group.

“To be able to land a job in two months in this market with so many other qualified candidates – it was money well spent!”
2022 © The Barrett Group | Privacy Policy (US) | Cookie Policy (US) | Disclaimer