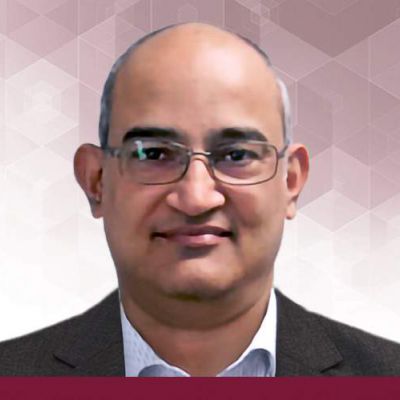 Challenge: After five years in his role, Divesh wanted a change, but his job search was hampered by his need for work visa sponsorship.

Process: Divesh attributes his success to a nuts-and-bolts review of his job search efforts, from reworking his brand to learning how to build social capital to intensive interview preparation.

Landing: Divesh landed a role as director of software development for an award-winning equipment leasing company that ticked off every one of his boxes.

Study: Divesh Singh was the technology strategist and delivery manager of a securities lending trading platform for a leading financial services provider. He led and directed three teams, first, in engineering a real-time, global trading desk to replace the organization’s legacy system, and then operating the new platform for the firm. Over five years, Divesh prided himself on restoring his company’s business competitiveness and delivering operational excellence. But he was ready for a change.

Accustomed to job changes throughout his career, Divesh started looking on his own. Despite his experience and talents, however, his efforts went nowhere. For months Divesh observed his peers land plum senior roles in their job searches while he struggled to get an audience for the roles he sought. He had a pretty good idea what the problem was.

“I had a lot of difficulties in my job search because I have immigration requirements,” said Divesh. “I submitted applications to roles that felt like a good fit for me, but I wouldn’t get responses. Job applications often ask whether you need a visa sponsorship. If you mark “yes,” I think you get excluded from a lot of senior roles.”

Reaching out to executive recruiters didn’t help. So, Divesh decided to engage professional help. He discovered The Barrett Group (TBG), and started working with a coach in the Clarity Program.

“I found the conversations with my Clarity coach to be very helpful,” said Divesh. “I have gone through coaching and assessment programs before, but not from a job seeking perspective. With The Barrett Group, I discussed specifics of my situation with my coach relative to recruitment, and it was definitely good. I learned about my strengths, where I’m less confident, and areas where I need to change. I became aware of things that I didn’t know, and it was useful insight for me.”

Through the results of the various assessments he took, Divesh came to see how rebalancing elements of his personality would make him more effective, both in his job search and in the workplace.

After Clarity, Divesh transitioned to working with his career consultant, Vivek Agarwal, whose skill in identifying Divesh’s unique needs and coaching him in those areas, turned out to be the most valuable aspect of Divesh’s TBG experience.

“Vivek was brilliant!” said Divesh. “He is a very down-to-earth person. He was able to understand my situation, pick up on issues that were very specific to me, and adapt the coaching program to guide me through them. Whatever concerns I had, I was able to talk to him.”

With Vivek’s help, Divesh learned about all the different market access channels. He learned how to leverage his network and do better LinkedIn searches. He learned how to craft cover letters and respond to leads that came in. He was also pleased with the changes to his resume and LinkedIn profile.

“We reworked all the information on my resume and LinkedIn profile. The last time I’d changed the structure of my resume was more than 10 years ago. The new structure is good! I will continue to use it. On LinkedIn, I changed the summary statement based on Barrett’s suggestions and added recommendations to my profile, which I didn’t have.”

Divesh faithfully executed all the strategies and assignments that he and Vivek discussed. His progress felt slow initially, but he stuck to the program.

“I started working with Vivek from early or middle October,” said Divesh. There didn’t seem to be a lot of available senior roles, and the response rate was quite low at first. The end of the year is not always a good time to look for a job. But, by the end of November, I started to get responses. We set goals for me to get one or two interviews by the end of December.”

Using what he learned from Vivek and various TBG study materials, Divesh succeeded in getting two interviews scheduled by the end of December via targeted LinkedIn searches. He managed to line up interviews at two additional companies soon after that. He leaned heavily on Vivek to prepare for them.

“Vivek guided me through every conversation I had and prepped me for every interview. We did a lot of role-playing,” said Divesh.

Divesh was delighted when his interviews at one of the companies resulted in a job offer. The company, a small, established, equipment leasing company, was looking for a director of software development. Divesh had a great series of interviews, including with the CEO. And again, Vivek’s coaching was invaluable.

“After the compensation number was agreed on, we discussed my visa requirements. I wanted them to sponsor my work visa with the goal of attaining a Green Card, and I asked them to pay for the costs. At first, HR said they couldn’t do it but, after consulting with Vivek, I pressed the issue. Ultimately, they escalated the issue all the way to the CEO, who approved my request.”

Divesh is quite happy with his new position and responsibilities. In addition to having his immigration requirements met, he is enjoying a higher compensation and a stress level that is halved. Best of all is his great new work environment.

“I’m part of the leadership team in technology, working with the CEO and reporting to the CIO. I work very closely with the CIO, and he is very easy to work with. It’s a good community!”
2022 © The Barrett Group | Privacy Policy (US) | Cookie Policy (US) | Disclaimer