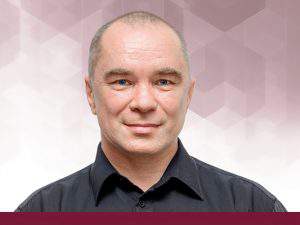 Client: Dave was a senior software engineer for a small, private technology startup.

Challenge: Dave had a history of getting jobs and not liking them, including the job where he was at the time, so he enlisted professional help to break the pattern.

Process: In-depth conversations with his TBG coaches helped Dave understand what he truly wants from his career and exercise the discipline necessary to pursue it.

Landing: Within three months of starting his job search, Dave eschewed tantalizing opportunities at startups and accepted a role as software architect for a traditional, multinational consumer electronics company.

Study: Dave was senior software engineer for a small, private, technology company based in Silicon Valley. When he took the job, he thought he would develop software and write code but, as often happens at small startups, he ended up wearing other hats. Within a few months, it was clear to Dave that the company was not a good fit.

“It wasn’t work I liked or what I wanted to be doing with my life. I felt unsuccessful at my job and that I wasn’t moving my career forward,” said Dave.

Dave started thinking about leaving his job. As a software developer (a title very much in demand in today’s job market) with 30 years of experience, he was accustomed to getting four to five queries from headhunters each day. So, he kept an eye out for interesting prospects. But one day, a digital ad for career management services at The Barrett Group (TBG) popped up on his screen and caught his attention.

“I clicked on the link and looked at the company’s website. It got me thinking. I have a history of getting jobs and not liking them. What is it about me and the jobs that I take that don’t work out? I wanted to understand, so I booked a call,” said Dave.

Dave recognized that throughout his long career, he’d never stayed longer than four years at any company – often he lasted only one or two years. He wanted a job that was different. He was also intrigued by the executive focus of TBG’s career management program.

“Because I’ve worked mostly at startups, I’ve always been a manager or director in practice, but not in title, because I’m the most senior person in the room. I would attend all the money meetings and the client meetings. Also, I acted as the CTO but never had that title. I thought that The Barrett Group could help me get to the next level.”

“Natalie was excellent! She was personable, smart, a good listener, and really helpful at clarifying things for me. Best of all, she called me out on my bull. Working with her, it finally dawned on me that, despite spending a lot of my career working at startups, I don’t actually like startups. I was going from startup to startup wondering why I was unhappy. At my age, you’d think that I would have figured that out by now,” said Dave. “That was a huge ‘Aha’ moment for me. That alone was worth the price of The Barrett Group Program.”

Dave admits that he finds startups to be exciting, interesting places, with lots of energy, youth, and money. That’s what always attracted him to them. But, once there, the pace of work and the expectation of long hours doing urgent tasks across multiple job functions is exhausting.

“I’ve had about 20 jobs in my career, but I’ve had a clear job description in only three of them,” said Dave. “I’ve spent a lot of time maturing companies but what I realized, working with Natalie, is that I don’t like doing that. I don’t want to be the one to mature the company. I just want to work in a mature company with guidelines and processes where there are clear boundaries and where people stay in their lanes. That’s what I crave at this point in my life.”

In his final Clarity session, Natalie coached Dave to think about what it is that he really wanted to do, keep perspective, have patience, and to try to see his goals through.

“That sounds simple and obvious, but when you have lots of people calling you every day to invite you to work for them, it’s hard not to jump at all those opportunities,” said Dave.

Dave discussed these issues further with his executive career consultant, Barbara Limmer, in the next part of TBG’s program.

“Barbara was great, too. I really liked her. She really seemed to care about my doing well and finding what I was looking for,” said Dave. “Barbara helped me break my job search pattern by reminding me of the goals that I had established for myself in the Clarity Program – that I wanted a more established company. That I didn’t want a startup. That I wanted a management position. If I told her about a position that interested me, she pushed back and asked me how it fit into my goals. I always felt that she had my best interests in mind.”

It was well-timed advice because Dave garnered recruiter attention as soon as he and the TBG team changed his LinkedIn profile.

“If you change a space on your LinkedIn profile it triggers recruiters to look at it. That was great, but I valued reworking my resume and LinkedIn profile more for the process than the product because it gave me the opportunity to talk about myself and my experience in a way that I would not have done otherwise.”

At first, Dave held back on engaging with recruiters until he was further along in the program, but Barbara coached him to respond to all the queries he received because timing is crucial in a job search. In these conversations, he found himself getting more interested in software architect positions and less excited about management positions.

“I started getting interviews immediately – for software people it’s crazy! In a week I’d have six or seven first calls and one or two first interviews. Barbara was awesome. She stayed on top of all my opportunities and gave me a plan for each one. She accelerated the course to keep up with me and customized it to meet my needs.”

Dave heard from recruiters from numerous startups, but one message came in from a large, well-established, multinational consumer electronics company looking for a software architect. Dave sent his resume. Within a week he had an interview. He interviewed a second time the following week. The day after that interview, he got a job offer.

“What’s funny is that I tried to stall to buy time for a second interview at another company – which was a startup! Despite an offer in hand from an established company with a clear role that ticked all my boxes, I was tempted to follow my old pattern. I was given only 24 hours to make up my mind, however, and I accepted the offer. Barbara helped me navigate that emotionally.”

Dave is excited to explore this new path in his career.

“My new team seems like the team that I’ve been craving,” said Dave. “I really valued the in-depth conversations I had with Natalie and Barbara about my career because they kept me from repeating the same mistakes.”