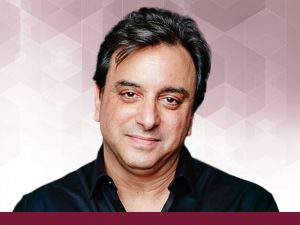 Client: B. Randall Willis was president and co-partner of a New York City-based, digital marketing agency.

Challenge: After 10 years in his role and 25 years in the industry, Randall wanted to sell his company, but he wasn’t ready to retire, and he lacked clarity on what to do next.

Process: Randall proactively built his social capital, made peace with being a “square peg” with zero interest in fitting into a “round hole,” and leveraged TBG’s research team to explore companies that offered a good fit for his unique value proposition.

Landing: After job seeking for more than a year, Randall found an ideal position with great growth and leadership potential at an internet marketing agency offering elements of both the corporate and entrepreneurial world.

Study: When B. Randall Willis partnered up with the founder of a tiny, digital marketing agency in New York City in 2010, he planned to build the startup and grow it as successfully as he had started and grown a similar Boston-based digital marketing agency in the decade prior. Within five years, he grew the business to eight figures, cultivated a high-end client roster, and saw the company recognized as a “Top 5 Agency in North America” for five years running. After 10 years, Randall was delighted with his accomplishments but ready for a break. He sold his share to his partner and began considering what to do next.

Randall got more time to think about his next move than he anticipated. Soon after stepping down from his role as president, the pandemic hit.

“The pandemic created a big lifestyle change for me. We closed our apartment in New York City and moved to our summer home. I focused on some side projects, and I had one or two business opportunities that would have been amazing, but when Covid hit they all went black,” said Randall.

When the economy improved the following year and Randall’s career remained directionless, he decided to get an objective perspective on his situation. He engaged The Barrett Group (TBG) and started TBG’s Clarity© Program.

“Clarity was a great exercise. My engagement with my coach, Scott Brown, was excellent. The work we did mostly validated what I knew, including things I didn’t want to admit to myself.”

One inconvenient truth that Randall confirmed is that he didn’t want to be hired by corporate America. He saw little alternative, though. Consulting didn’t interest him, and he had no appetite for building an agency from scratch again.

“I’m an entrepreneur, not a corporate guy. But I didn’t want to start another company. I have done that two or three times already,” said Randall.

So, Randall resigned himself to look for a corporate role at an established company, specifically director of marketing or director of client services. He began working through the TBG program with his career consultant, Lori Chevalier, determined to follow it to the letter.

“If Lori told me to wear red shoes or stand on one leg, I would do it.” said Randall.

With the help of Lori and the TBG team, Randall overhauled his resume and LinkedIn profile, and he learned about the importance of social capital in a career and how to cultivate it. Most importantly, Randall got motivated.

“The Barrett Group got me moving. I had just been sitting around waiting for the phone to ring before, but then I started calling people five times a week. One shortcoming I have is that I’m not a networking guy. I’m very social, good with clients, and I’ve closed hundreds of deals. But I’ve never interacted with my peers much. I was too busy building my businesses. Here I was looking for my next gig in life and realized that my network was stagnant.”

Randall found that the exercise of building social capital produced an unexpected benefit.

“It was very therapeutic. I called people I hadn’t talked to in 20 years and said, ‘I’m at a time in my life when I value my relationships and want to let you know that and to see how you are doing.’ People responded by telling me what I had done for them and how much they appreciated it. I can’t believe the nice things people said.”

Randall worked the program from A to Z but, as time went on with no results, he brought his concerns to the TBG team. He felt like a square peg trying to fit into a round hole.

“I’m a unique client for The Barrett Group. I’d be the best director of marketing for any company. I have 25 years of experience, I understand clients, profitability, teams, and production,” said Randall. “But a resume title of ‘director of marketing’ doesn’t describe all I have to offer. In fact, it puts me at a disadvantage because I’ve never actually had that title. I was a business owner and the boss of the directors of marketing at my companies.”

Randall then began meeting with another career consultant, Waffles Natusch, who has expertise in client strategy changes. They rebranded Randall by rewriting his resume and LinkedIn profile, highlighting professional strengths over specific titles. More importantly, Waffles helped him address the essence of why he was looking for a job in corporate America when he did not want to work in corporate America.

“Waffles said to me, ‘Come on! You’re an entrepreneur. Your strengths are a corporate weakness. Corporate employers hire people to do one job. That’s not you – you have too many talents. Plus, they probably think you will steal their clients,’” said Randall. “Those comments were very beneficial. Waffles had the chutzpah to be very frank with me, and I really appreciated that. He really understood me. Working with Waffles was a game changer!”

Buoyed by this fresh outlook, Randall employed a strategy that he had used during a previous career change: Identify marketing companies that were potentially good fits and reach out to them directly. The TBG research team helped by producing a list of 650 agencies for Randall to explore.

“I gave TBG certain criteria, such as agencies only in the Northeast and 200 people or fewer. I researched every company on the list and whittled the number to around 30. Then I reached out to them. Waffles helped me draft the language. About half responded, and I engaged in conversations with about two or three.

One company turned out to be an ideal fit – a small, internet marketing firm at which the CEO plans to retire and is seeking a successor. Randall was offered the role of head of client success, with the potential to become managing director within months and, ultimately, CEO and owner. This opportunity is the sweet spot for Randall between the corporate and entrepreneurial worlds.

“It’s better than I ever could have expected. It’s not too corporate-y. The team has some growing and areas for improvement that I can help with, but I am starting with a good team,” said Randall.

Randall is thrilled with how his career change journey has ended.

“I’m an outside-of-the-box kind of guy,” said Randall. “I thought a career coach would try to make me corporate-y but, in the end, working with TBG, I came to understand how to go about a job search that is right for B. Randall Willis. TBG helped me find peace in who I am, who I am not, and then how to craft a suitable job search strategy.”