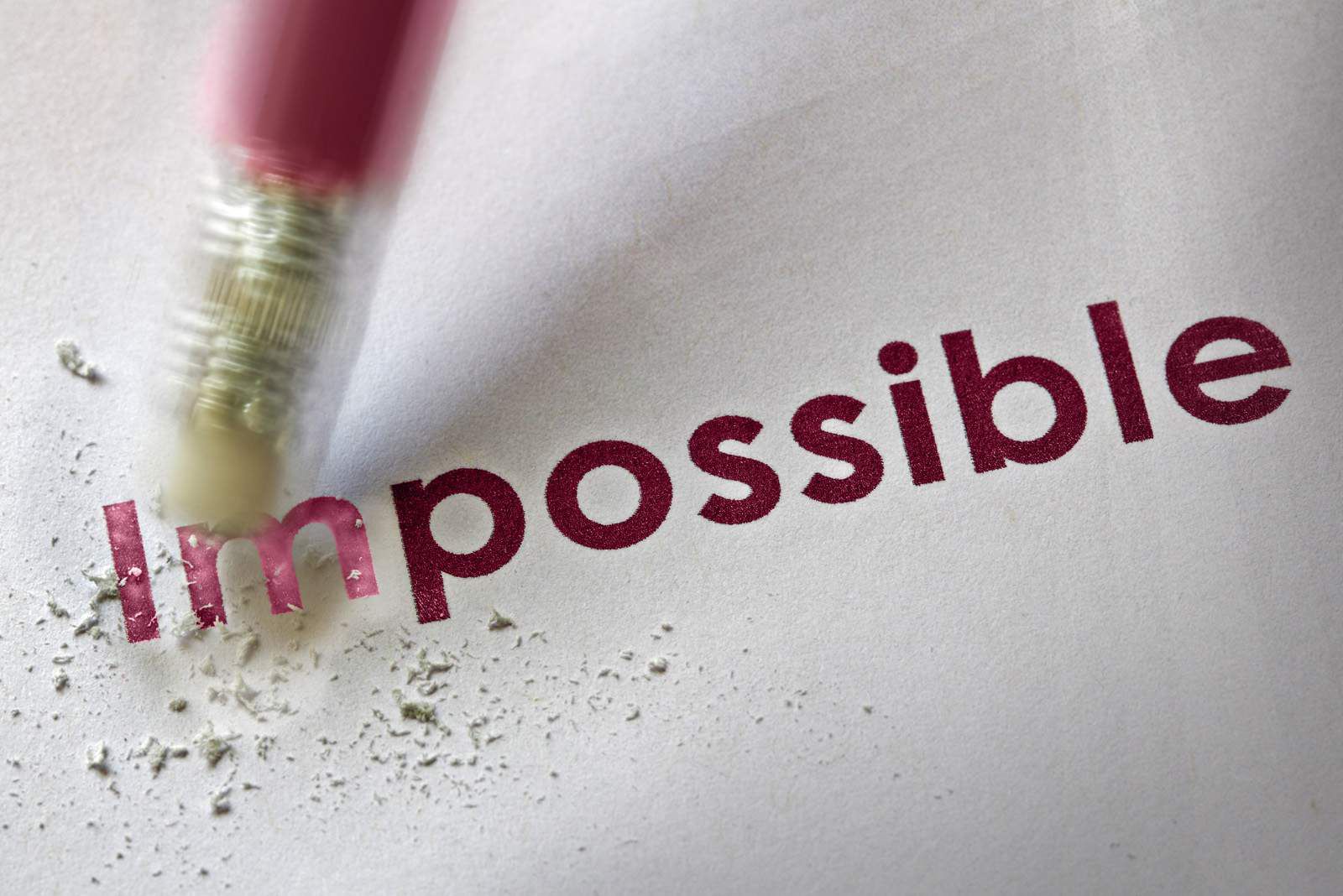 1. Julie Mathern is pleased to announce that her client C. has landed at a truck accessory company! “I reached out to C. for a Phase 2 check-in this month. She replied that she started her new job as CEO. I expect this will be a good transition for C.- she wanted to get to the CEO level and move back to the area where her parents and family are. Congratulations, C.!”

2. Lori Chevalier braved the storm to get the news to us in time before the big presses got rolling! Her client J. has landed at a manufacturing company! He secured a $140K base; the role is Business Development Manager. He’ll be moving his family to a different region.

1. Lori’s client D. has received his offer from an entrepreneurship through acquisition business. Lori tells us:
“D. applied for a position to become a ‘Searcher.’ He is one of seven in the US. in this endeavor, he is paid a salary and also invests into the company. The contract is for two years, and the goal is to engage pre-vetted investors in the purchase/investment into start-up companies. D. is an entrepreneur and has started several companies himself, in addition to launching a COVID-19 Relief Fund for businesses forced to close. This is an interesting endeavor. Waffles Natusch and I are currently reviewing the MOU!” 🙂

2. Anne Lipsitz’s client R. received her offer from a public university: “Good news… [the university] VP called me and extended a ‘soft offer’ that did not include any numbers. The intention is to get my approval for a background check. Once the background check is done, they can send an official offer. -R.”

3. Isabelita Castilho’s client P. received an offer from a trading group. P. has been offered the job and was able to gain a higher level of compensation than his current role. However, since he has also an offer from a multinational conglomerate company, he decided to proceed with the latter instead.

1. Lori’s client S. advances: “S. continues to amaze with high-level firms that he is targeting for his next role! Through my social capital efforts, S. spoke with my colleague who works at a multinational professional services network in a global partner role, where he would fit in nicely. S. provided his resume with high-level bulleted items and, soon after, he received a call for availability for an interview for the CTO position!” Way to go, Lori!

2. Barbara Limmer’s and Dan Resendes’ client G. continues the process at a multigenerational family foundation. G. has met with the hiring authority more than once, including post-NDA signing, so she’s seen all the financials. Today she met with the current CFO who is retiring soon, and said this: “Just got off a 2.5-hour call with the outgoing CFO… He is one of the smartest finance people I’ve ever spoken to! I realize he has like 20 more years of experience than me, but still makes you feel underqualified! -G.”

3. Isabelita Castilho received this message from client V.: “Hi, I hope you are well. Some updates: for [the company group], I have a scheduled interview next Wednesday with the Group CEO. Yesterday, I received a message on LinkedIn from a recruiter for the post of Group CFO in an insurance company expanding in [a new] region. They also have a Deputy CEO vacant position. Personally, I would prefer Group CFO – Deputy CEO, which fulfills my aspiration as indicated earlier once I started this program. This puts some pressure on convincing them once I pass this stage. The only impediment is I may have to slow down [the company group] until I get a bit more clarity on this new opportunity. Cheers, V.”

4. Paula Nordhoff shares news from client A.: “My interview with [a medical company] went exceptionally well today. Here are the highlights. I am moving on to a 2nd round. [They] kept saying ‘I am very excited to be talking to you!’ throughout the interview and again at the end. He will reach out to schedule the next interview. The job is to scale existing operations and create a way to distribute them to other countries. They just rebranded today and changed their name to nomic. -A.”

5. Anne Lipsitz and Waffles relay this message from I.: “Greetings! Hope you are both well, sharing updates on where things stand:
-First [The insurance company] — I just received the final schedule for in-person interviews/meetings next week. They are aware of my pending offer from [the national company] (they don’t know the company name).
-Second [The national company] — I talked with the hiring manager and he said I would have an offer [soon], have not received anything yet. I have not told them about [the insurance company] since I don’t have an offer. Thanks, I.”

6. Jerry Fronczak’s client K. continues the process at a public university for the Chief Marketing Officer opportunity. She tells us: “I had an additional Zoom interview with [the public university] CMO role. The call seemed to go well and allowed me to spotlight my brand marketing experience. I spoke to the recruiter today about the next steps. He continues to share that I’m on the ‘short list’ of candidates and anticipates scheduling a trip to the campus sometime next week. Although holiday calendars may influence the process timing, he’s optimistic that this will move forward before the end of the year.”

7. Asli Bilgin’s provides updates on clients T. and R.:
-T. has cleared the hurdle at [a bank] and will be included in Nominee Director Program (Board Representation).
-And R.’s experience at a dairy company has taken an interesting turn. He interviewed for the opening of Head of Manufacturing, having been referred for the positing by his human capital. Meeting went well, R.’s salary expectations are too high, so they are considering him as a consultant or COO at Group Level. The Chairman will come back with the next steps.

1. Dan Resendes’ client B. is interviewing at a furniture store for a Sales Rep role.

2. Larry DiBoni shares updates on two clients:
-First, W. is going for a Director of Operations gig at an Italian restaurant chain in the US.
-And, P. had a meeting at a managed care company. He would cover the functions of the CFO in both locations. This was arranged by his previous boss, it’s that human capital thing, we see it a lot!

3. Jerry Fronczak’s clients are making interview moves:
-T. is heading over to a grocery chain to try for an Operations Director opportunity.
-While J. is vying for a VP of Operations position at a rehabilitation center.
-And E. is shooting for COO of a bank company.
-Meanwhile F. has visited with an insurance agency to discuss their Sales Operations Manager opening.

4. Julie Mathern and Waffles heard from their client Y. regarding her interview with a national bank for a Vice President position: “Sorry for the short notice, but I was just sent an email from [the bank company], advising me that my interview is today. I feel pretty confident about my abilities to interview with the CISO and CIO, but I wanted to let you know what is going on since our last meeting was squashed by my scheduling conflict and couldn’t make it. -Y.”

5. Lori client’s M. applied at a Fortune 500 company for a National Account Manager Role. This is in the beer industry but on the supplier side instead of the distributor side where he is now. He’s not sure if this is a perfect fit, but the opportunity was recommended by a few peers, so he wanted to check it out before dismissing it.

6. Paula Nordhoff’s client L. interviewed at a security company for a remote position with the title of Sr. Director of Business Development – Marketplace. The security company found L. on LinkedIn and reached out about the role.

6. Rebeca Gelencser’s client J. is interviewing at a software company in the Netherlands for a Top Accounts Director role.

7. N. is being promoted to a General Counsel position at an insurance agency. Waffles is coaching him through the process.

The past week has been a blur of activity in the writing team! This talented team completed 35 different writing projects (with 12 on the docket for this week) including the very first LinkedIn Experience Descriptions by the one & only Marissa Lessman. Her work got rave reviews from the client’s consultant, Dan Resendes. Jo Ann Moser and Anicia Hogan continue to work their writing magic in developing first-class executive resumes, CVs, cover letters, and additional documents.

1. Client C. left this review: “Five stars. Absolutely worth the investment! The Clarity program was top-notch in unearthing the deep-seated motivations behind my next career move. If you’re ready to put energy into hacking the hidden executive market, give Barrett Group a call. Prepare for a thoughtful soul-searching Clarity process, a systematic personal brand renovation and networking at the next level.”

2. Client B. sent this message to Waffles:
“Hi Waffles, We finally got to the end line with the contract negotiations with [the IT management company]. Though when I communicated my intention to leave to [the engineering company] they asked me to pause and came back with an offer that fits perfectly with my expectations, both in terms of job assignment and compensation. I’ve decided to stay…thanks for the support! -B.”

The Barrett Group makes the impossible job search possible! We have helped 365 executives find the next job of their dreams, and the year isn’t over yet! We can help you too. Get started today.