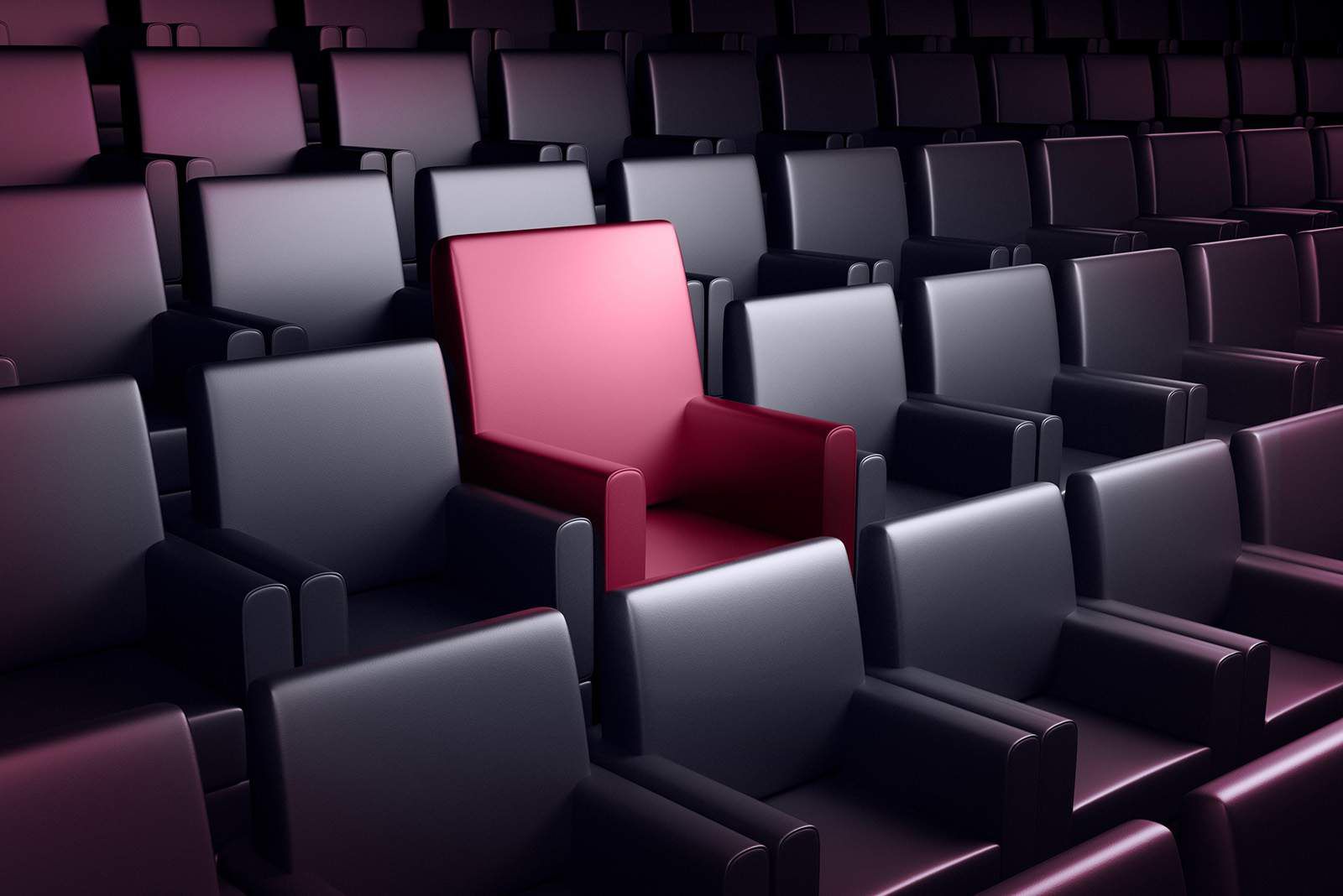 1. Barbara Limmer’s client R. accepted his offer in less than a month after meeting Barbara. He landed at a medical center with a final compensation offer of $114K + 30% bonus + 10K relocation. R. stays in the Hospitals, Healthcare & Pharmaceuticals sector. The new title will be Decision Support Finance Manager. Previously, he was Manager of Decision Support for another health system. Barbara reports: “R. is very excited about this position and organization. There will be ample opportunities for advancement because several key people are retiring soon.” This posting from the published job market.

2. Isabelita Castilho had two clients accept offers this week: H. and I.:
-H. landed the role as Chief Business Officer at a mobile carrier operating company. He held the same title at another telecommunications company.
-I. landed in less than a month at a manufacturing company, where he is now Senior PM Business Transformation. His old job was Business Development Director for another manufacturing company.

3. Paula Nordhoff’s client B. landed at a security systems company as a Program Manager. He had been Senior Program Manager for a business management consultant in the military sector. This is a contract position for $130K annually. Paula reports: “This is a bridge job for B. as he pursues a more executive role. He will continue looking for a more appropriate role.” B. landed this one from a classified in the paper.

4. Lori Chevalier’s client P. left the management consulting world for the field of education. He left his role of Chief Strategic Officer at a consulting firm for the new deal, where he is Director of Clinical Operations for an online therapy company. His compensation will be $130k + $12,500 bonus + $25,000 company stock. Lori reports: “P. had contacts at the company, and they referred him to the role.”

1. Barbara Limmer’s client R. is on the fourth round of interviews. The position is for VP of Marketing Operations at a digital marketing agency. This came through a job posting.

2. Lori Chevalier had three clients advance in interviews this week: M., S., and K.:
-M. at an insurance company for Head of Claims.
-S. at two companies: an automotive services company for a director role and a recruiting firm for Marketing Director.
-K. at a clothing company for Director, People Strategy & Planning. Lori reports: “K. has been invited to meet with the VP and HR next week! Six interviews down!”

3. Larry DiBoni had two clients advance in interviews: J. and X.:
-J. at an industry company for Litigation Insurance Attorney from a job posting.
-X. at two companies: a telecommunications / engineering company for VP of Platform Service. This came from UNP2-LinkedIn. Also at a financial services company for Director of Compliance and Risk that came from UNP1-Social Capital.

4. Barbara Limmer also had three clients move on in the interview process: L., W., and D.:
-L., with the help of Waffles Natusch, at a manufacturing company for CFO from UNP1-Social Capital.
-W. at an engineering company for CTO from a job posting.
-D. at a scientific equipment supplier for Director of Finance. D. notes: “I had the meeting this morning to go over details around the position, and I’m liking it. Hoping to get the offer later today.”

1. Joan Sebring had two clients receive interviews this week: U. and N.:
-U. at a managed care company for Senior Business Process Improvement Manager from a job posting.
-N. at a technology and logistics company for Director of Robotic Solutions from a third-party recruiter.

2. Larry DiBoni had two clients land interviews this week: Q. and E.:
-Q. at a retail company for Director of Fuel from a third-party recruiter.
-E. at an e-commerce company for Senior Strategic Adoption Manager, from UNP1-Social Capital.

3. Barbara Limmer had two clients receive interviews: Z. and O.:
-Z. at a company for Head of Sales from UNP1-Social Capital. The previous rep introduced Z. to the person who runs Global Sales. He needs someone to run the wholesale business.
-O. at a bank for Digital Strategist from UNP2-LinkedIn. The HR recruiter reached out to her and set up this initial screening.

4. Ramesh Shivakumaran had three clients interview this week: C., F., and A.:

-C. at a company for Head of Corporate Marketing. This opportunity came through a third-party recruiter. Ramesh reports: “C. was successful in the interview with the executive recruiter. The recruiter sent his CV to the hiring company; they were impressed by his CV and LinkedIn profile (as written by TBG team). C. is short-listed for the interview with the hiring manager (Senior Director of Marketing).”

-F. at two businesses. First, at a bank for CFO. This came through UNP1-Social Capital. “F. was speaking to one of his social capital contacts, an executive recruiter, and discovered this opportunity. The third-party recruiter was impressed with F.’s profile. The CV was sent to the bank to shortlist him for the interview with the hiring organization. F. expects to hear on the next steps in a week’s time.” F. also interviewed at another bank for Head of Financial Planning & Analysis. This came from UNP1-Social Capital. Ramesh reports: “F. followed the TBG methodology with one of his ex-colleagues. His name was referred to a headhunter who did an initial screening. The headhunter sent the CV to the local bank to shortlist him for initial interview. F. is excited with the various referrals and nominations he is getting by following TBG’s methodology and is enjoying the program.”

-A. at a mobile network operator for Global Head of Procurement. This came from UNP1-Social Capital. Ramesh reports: “With less than four weeks into the program, A. was referred to a headhunter friend who was looking to hire key executives in the company’s new project. The client was previously from the F&B industry and is now looking for a career change to the telecommunications industry. TBG methodology enabled him to secure this lead through the social capital/reference process.”

-G. at an internal communications industry for VP of Communications.
-T. at a manufacturing company. Lori reports: “T. used to work for this company. They called him and had a discussion with him about a role to return to work with them.”

6. Isabelita Castilho had two clients receive interviews this week: V. and Y.:
-V. at a business management consulting company for Senior Advisor-Partner. This came from UNP1-Social Capital. Isabelita reports: “I introduced V. to a contact who then introduced him to the senior management of the company.”
-Y. at a holding group for an exploratory call from UNP2-LinkedIn. Isabelita reports: “I shared the lead with the client, and he immediately acted on it!”

7. Julie Mathern’s client D. interviewed at a social services organization for Director of Marketing & Communications. This came from a job posting. Julie reports: “D. has been very involved in various nonprofit organizations and even volunteered for the organization when he was in high school!”

1. Isabelita Castilho’s client V. landed an interview with a recruiter at a manufacturing company.

1. Lori Chevalier and Paula Nordhoff received this message from client P. after landing a job offer: “I wanted to tell you both thank you! I could not have done it without the exceptional coaching from each of you. It was an exceptional experience working with you both and TBG. Let’s chat more next week Lori. Paula, you helped me rock the interviews. BIG THANKS!”

2. Lori Chevalier received this message from client R.: “Thanks Lori! Great session today…. I learned a lot. I appreciate it!”

3. From Ramsey Penegar about the writing team: The TBG Resume Writing Team completed 37 writing tasks in the last week. Lora Hirschhorn is once again our Heavyweight Champion of the week, writing about 27% of that total volume. The team has 18 projects in the queue to complete over the next five days.

Are you satisfied with your current career? If you are considering a job change, but don’t know how to get started, contact the Barrett Group. We can help you find the position you are looking for. Start today.

Click here to read last week’s Frontline Report (09-14-22) and see what’s been happening for our clients.