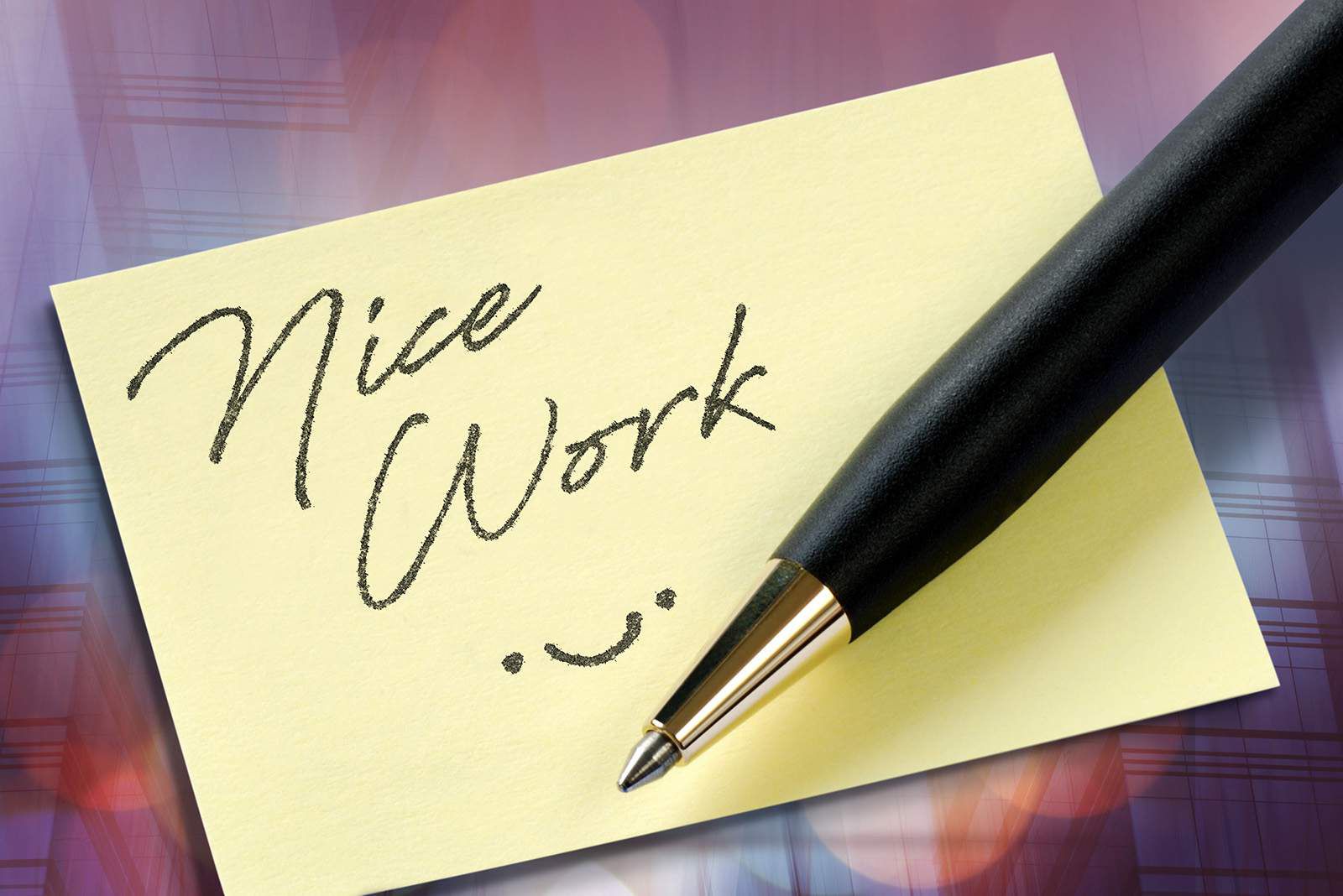 1. George Schulz’s client K. landed in under three months! A company won him over with the title of VP of Sales and Bus. Development. Following George’s excellent guidance, it was UNP1 that landed him the new job, where his compensation is $150,000 plus 20% of all fees generated.

2. Dan Resendes’s client A. accepted the offer from a holding company. They created new position for him in a promotion from General Manager to Director of Operations Training. This was UNP-3 at work, and his pay jumped up $20K to $128K.

3. Paula Nordhoff’s client L. accepted the offer from a wine company in under three months. She is taking on the role of Financial Controller. She previously was Controller at another spirit’s company. This was from an online posting.

1. Barbara Limmer had two clients receive offers this week: R. and D.:
-R. wasted no time putting her advice to work and received an offer in under a month! The role is Decision Support Finance Manager at a medical center. Barbara reports: “There will be ample opportunities for advancement because several key people are retiring soon.” He’ll be leaving his role as Manager of Decision Support at a health system. His former compensation was $100K, and the new deal is $113K + 30% bonus + relocation package.
-D. received an offer from a scientific equipment supplier for the Director of Finance position. His current job is at a consultancy, where his title is Client Success Manager (CFO Consultant)/Data Report Developer. The new deal is $175K with a $25k bonus, four weeks PTO, and equity consideration.

2. Paula Nordhoff’s client T. received his offer from a hospitality company. He will be their Director of Food & Nutrition. He had been doing Management Consulting for a consultancy, with the title of Director of Operations and Strategy. The initial offer came in at base: $115K and benefits day one. Relocation is still in discussion. Paula reported: “The company is finalizing a contract with a hospital which T. will manage. He will be managing a team of about 40….HR is sending him the benefits package, and they told him they want to wrap this up quickly with a start date in the beginning of October.”

1. Lori Chevalier had three clients advance in the interview process this week: O., P., and I.:
-O. at a clothing company for Director, People Strategy & Planning. Lori reports: “O. has two more interviews on the books. This makes a total of 5 interviews!”
-P. at an online therapy company for Director. Lori reports: “P. has an interview scheduled with the Director of Clinical Operations, and one more with the Director of HR to discuss salary requirements and benefits.”
-Lori reports on client I., “She spent a few hours last week speaking with the CEO of a confidential start-up. She admires him a lot as he is a hustler and extremely knowledgeable of the IoT industry.”

2. Barbara Limmer had two clients advance in interviews this week: F. and C.:
-F. at a steel fabricator company for CFO from UNP1-Social Capital. Barbara reports: “F. had second interview with the three PE backers and third interview with board members. F. messages back, “I killed the interview with [company]! I really feel good about how it went. Next step is meeting the CEO on site….I have been told, if an offer comes it would be early next week with a base of $250ish plus bonus and equity incentives.”
-C. at an analytics company for VP of Space Weather from a job posting. Barbara reports: “Client had call with hiring manager and the second interview with the division president, and this is the third round.”

1. Anne Lipsitz’s client V. interviewed with two companies this week:
-A software company for Senior Developer from a third-party recruiter. Anne reports: “V. met with hiring manager. They had a great call, but salary at $150K is too low, had a good conversation and will keep door open.”
-An online employment company for SR PM/Portfolio Manager from UNP1-Social Capital. Met with hiring manager, will move forward to panel interview.

2. Lori Chevalier had three clients interview this week: S., N., and M.:
-S. at a financial advisory and global consulting firm for CIO Consultant. S. has an interview/pre-screen for a CIO consulting role for specialized companies going through turnarounds.
-N. at an insurance company for Head of Claims from a Job Posting.
-M. at an aerospace and defense company for Associate Director of Facilities.

3. Client G. received an interview with Barbara Limmer and Waffles Natusch’s assistance. The position is COO or VP of Ops at a food company. They received this message from G.: “I just had a call from [the company]. Their CEO wants to call me tomorrow. I know it’s late notice, so this is FYI. I know a lot about [healthy eating] and food production, so I hope the chemistry with [the CEO] and their HR Manager is good.”

4. Client H. scored an interview at an e-commerce website with Ramesh Shivakumaran’s help. The position is Regional Sales Manager from UNP1-Social Capital. The client received information about this unpublished opportunity through one of his friends during a social capital conversation. H.’s contact has set up the first interview with one of the decision makers at the hiring company.

1. Ramesh’s client J. received an interview with a recruiter at a watch company for Head of Corporate Marketing. Ramesh reports: “The client received a call from a headhunter to check if J. is a perfect fit for the role with one of their clients, a leader in the luxury fashion industry. This comes with a package of USD 165 K ++. J. was very thorough with all the questions asked by the third-party recruiter and stuck to the coaching provided under the TBG methodology. The recruiter was impressed and has informed J. that he will return to him soon with the proposed interview dates with the hiring company. J. is excited with the potential opportunity and appreciated the coaching and resources provided by TBG that helped him to perform well in answering the various questions.”

1. Paula Nordhoff received this message from client X.: “Hi Paula, thank you so much for the time – it was truly fantastic and thank you also for the write up! It’s been an interesting road for me over the last few months, and your input was absolutely a game-changer. This is all very, very new to me so navigating it has been extremely challenging, but Friday was a huge help! I’m going to meet with the founder today to lay things out and step back (or out). Also, thank you so much for the “what’s next” portion – that is now something I really need to home in on and prioritize. I’m actually really excited to dive into it! Thanks again so much Paula and, Lori, thank you so much for connecting us!!

2. Isabelita Castilho received this message from client Y.: “I have begun my mission on LinkedIn and, wow, there is a whole new world out there I was missing out on. Thank you so much for introducing it to me.”

3. Lori Chevalier received this message from client R.: “Great meeting you! Outstanding session. I’ll start working on my resume this evening. I appreciate it.”

4. Isabelita received a message from client Q. about his experience with Barbara Limmer: “Thanks for the support. Barbara is truly wonderful. Within the first minute of meeting her I felt as if we had known each other for years.”

5. From Ramsey Penegar about the writing team: The TBG Resume Writing Team completed 75 writing tasks in the last two weeks. Lora Hirschhorn is again our Heavyweight Champion of the week, writing about 23% of that total volume. The team has 17 projects in the queue to complete over the next five days. Aerielle Ludwig had another great work enter the TBG Writing Hall of Fame.

Are you shown appreciation for the job you perform? Are you properly rewarded? There are many reasons for a career change, but if you are underappreciated there is no need to suffer. If you can imagine a role that better suits your needs, The Barrett Group wants to help your job search. Contact us and get started today.